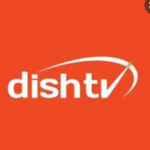 DishTV India is an Indian satellite television provider based in Noida, Uttar Pradesh with Yes Bank as its biggest stakeholder. DishTV was launched by the Zee Group on 2 October 2003. It ranked #437 and #5 on the list of media companies in Fortune India 500 roster of India’s largest corporations in 2011. DISHTV FREELANCE
Read More